Today marks the 30th anniversary of the 1990 Kanehsatà:ke and Kahnawake Siege where the Kanien’kehá:ka Nation were denied the fundamental human rights without any just recourse.  30 Years Later, the Rotinonhseshá:ka are still fighting the same issues of Canada, Quebec and Oka colluding to commit land fraud under the auspices of development based on institutionalized racism.

On July 11th , 1990 at 5:15 a.m., it was 13 women who faced off against the paramilitary SWAT team of the SQ, the Montreal urban police and the Canadian Army.  We honour those women today and all those who fought on the Front lines of the Battle for the Pines. 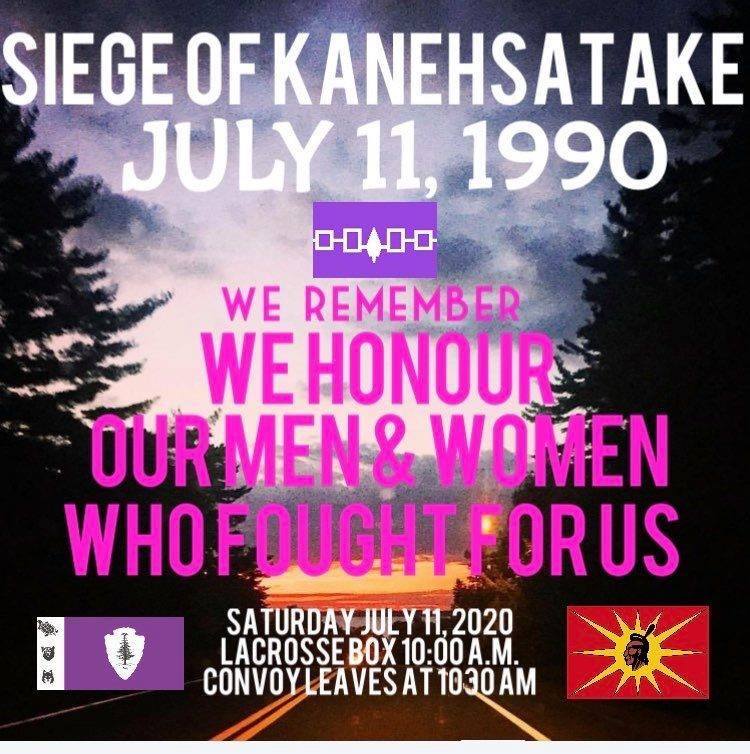 Go to MohawkUprising.com to learn more about the 1990 Kanehsatà:ke and Kahnawake Siege. 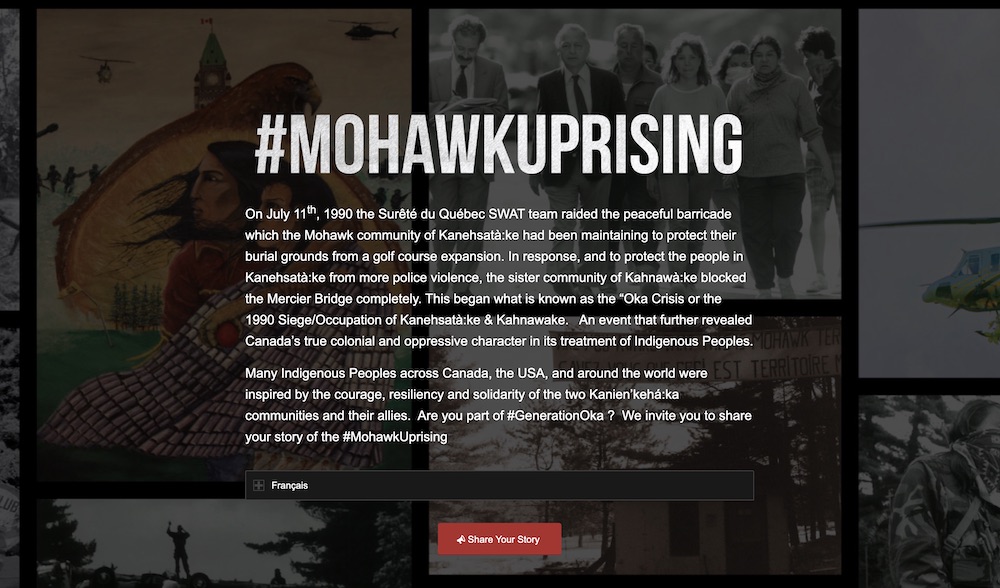 Long after the media cameras leave today, our land struggle and defense of our Kanien’kehá:ka Homelands will continue.

No Monuments to Racism and Colonialism
Scroll to top