Idle No More began with 4 ladies; Nina Wilson, Sylvia McAdam, Jessica Gordon & Sheelah McLean who felt it was urgent to act on current and upcoming legislation that not only affects our First Nations people but the rest of Canada’s citizens, lands and waters.

These 4 women from Saskatchewan (Indigenous and non Indigenous) decided that they could no longer stay silent in the face of what is a legislative attack on First Nation people and the lands and waters across the country. Together, Sylvia McAdam, Jess Gordon, Nina Wilson and Sheelah Mclean organized a “teach-in” event at Station 20 in Saskatoon titled “Idle No More”. 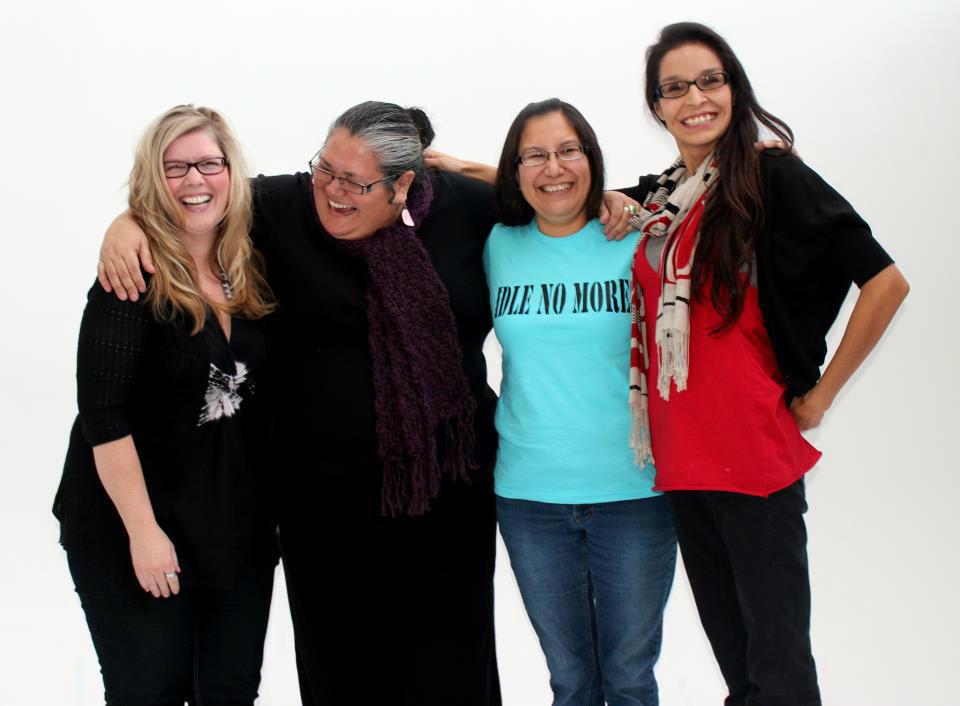