The Idle No More efforts then continued in Alberta with an information meeting held at the Louis Bull Cree Nation.  The organizer for that event, Tanya Kappo, took to Twitter and Facebook to help generate awareness on the matter as the passage of Bill C45 was imminent.  Kappo says, “the people in our communities had absolutely no idea what we were facing, no idea what plans Stephen Harper had in store for us.” 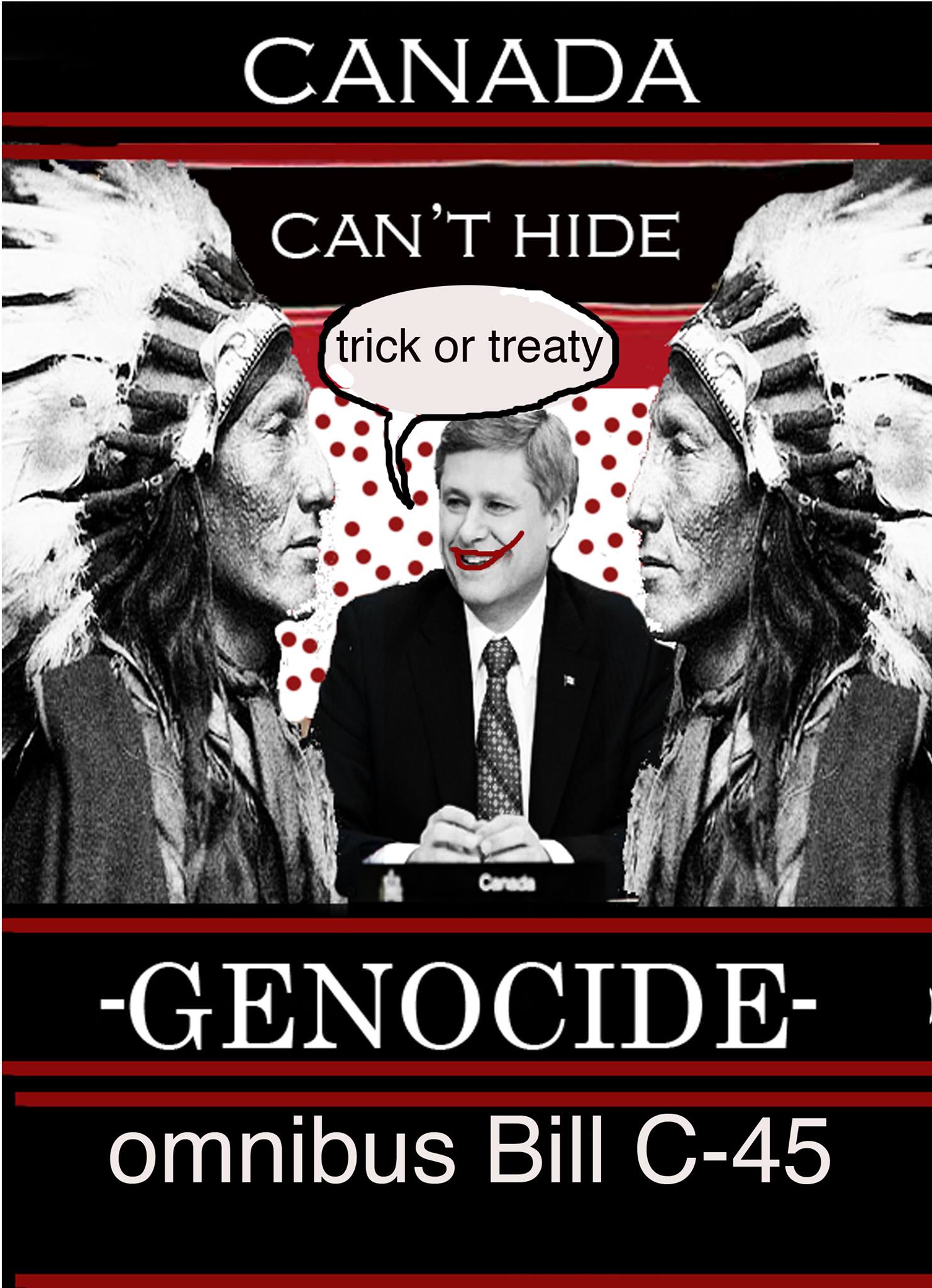