An Idle No More National Day of Action was planned to coincide with Amnesty International’s Human Rights Day and brought thousands of people into the streets in major Canadian cities in Edmonton, Vancouver, Whitehorse, Calgary, Stand Off, Saskatoon, North Battleford, Winnipeg, Thunder Bay, Toronto and Goose Bay-Happy Valley.  The day of action was called to express Indigenous opposition to the changes introduced by the Harper Conservatives in the omnibus bill C-45 and other legislation. 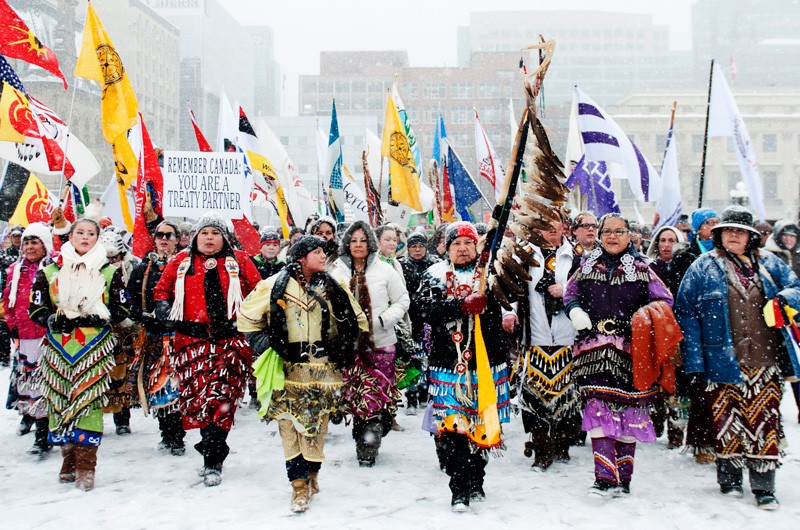