For the last three years, the Mi’kmaq people in New Brunswick have proclaimed their right to consultation regarding shale gas exploration, commonly known as “fracking,” and have been part of a series of peaceful actions to protect their unceded territory. In October 2013, after the explosion of peaceful solidarity actions, Elsipogtog First Nation was able to have the injunction filed by the Southwestern Energy (SWN) Company lifted such that they could continue to protect traditional Mi’kmaq territory. Widespread solidarity actions were rapidly organized across Canada in support of Elsipogtog First Nation’s refusal to allow fracking by SWN on their land. Fifty of these actions were amplified through the Idle No More communications channels and local Idle No More chapters, as well as other grassroots organizing networks, voicing clear and loud support. In Houston, Idle No More Gulf Coast and TEJAS (Texas Environmental Justice Advocacy Services) in conjunction with the Mi’kmaq Warriors Society delivered a request to the SWN headquarters that “all projects, leases, and permits come to a halt until all Mi’kmaq-L’nu, and Wabanaki communities, as sovereign individuals are meaningfully consulted and able to come to an informed decision as individuals.”  (Artwork by Fanny Aishaa) 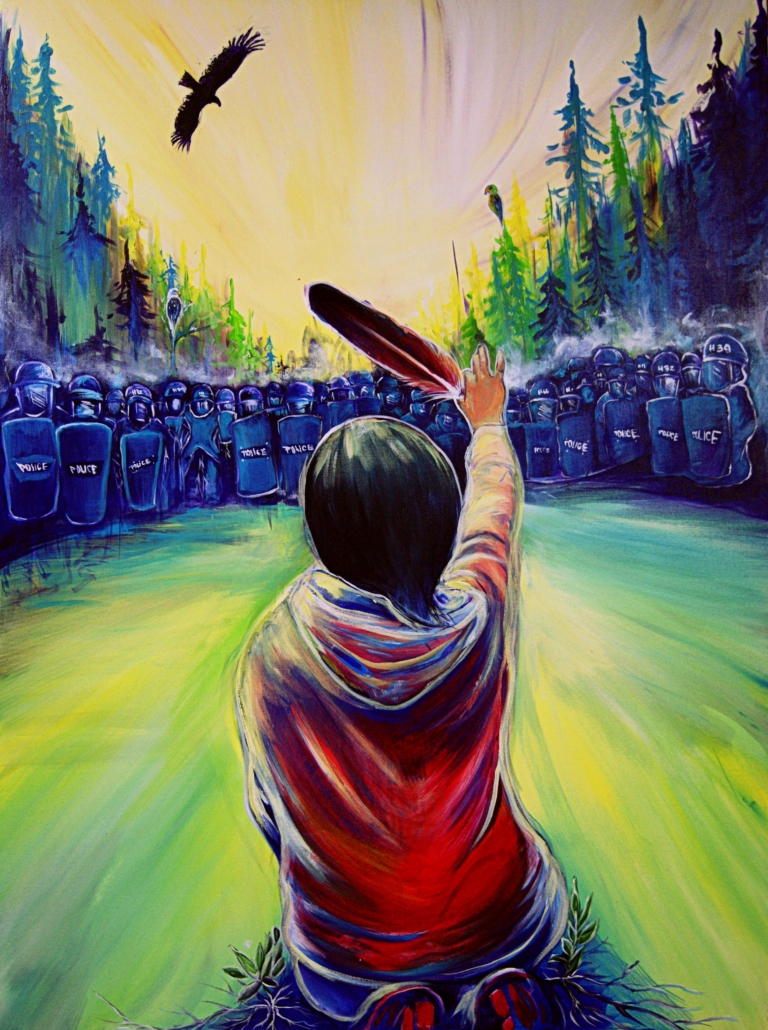